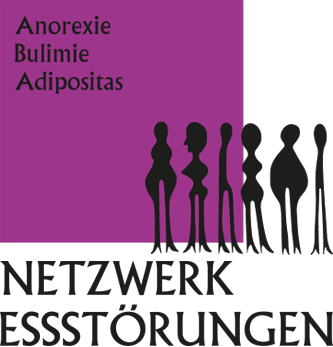 Federal Ministry of Health (2017). Eating Disorders: What Can I Do?

There can be many warning signs for Anorexia. It is particularly noticeable that those affected deal a lot with their weight. There is a keen interest in diets, the desired weight is absurdly low – plus, there is an exaggerated fear of becoming fat.

Reducing your own body weight, which can also be accompanied by strong weight fluctuations, is achieved through rigid dietary rules, constant calorie counting and limited food choices. Attempts are made to avoid feeling hungry, for example by drinking plenty of water.

Those affected often show an increased urge to move around and do excessive sport. These measures are often accompanied by a disorted body perception – those affected feel fat, although from the outside they are perceived as thin or even too thin.

The difficult thing about bulimia is that this eating disorder is easy to hide, because the weight of those affected fluctuates around the normal range and, in contrast to anorexia, there is no severe emaciation. In addition, this disease is very often kept secret out of shame.

Some of the warning signs of bulimia are similar to anorexia. People with Bulimia often limit their food choices, have a morbid fear of becoming fat and control their weight almost daily. Weight fluctuations can also occur in bulimia.

Those affected have regular binge eating, in which they consume large amounts of food in an uncontrolled manner within a short period of time. To compensate for the calorie intake, vomiting, the abuse of appetite suppressants or laxatives occurs. Some people also do excessive exercise.

A common warning sign is calluses on the fingers, which are caused by self-induced vomiting.

Other signs that are more difficult to spot include:

Binge Eating Disorder is characterized by binge eating episodes in which large amounts of food are consumed uncontrollably within a very short period of time. The disappearance of large quantities of food or empty packaging could be an indication that a person in your environment suffers from a binge eating disorder.

People with a binge eating disorder are extremely concerned about their body weight and try to control the high calorie intake through dieting or new eating habits (similar to Anorexia and Bulimia).

Those affected can experience severe weight fluctuations, but also weight gain and obesity.

Other indications of a binge eating disorder can include: